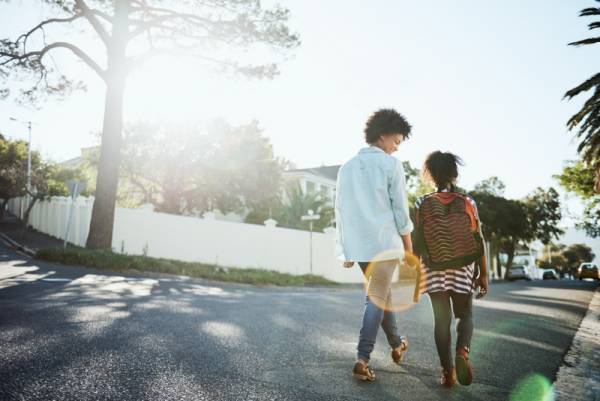 Human trafficking has only recently gained awareness in the greater public. In topic that rarely sees the light of day, the few spotlights tend to highlight stories of sex trafficking. We also typically have a similar image in our minds when thinking of a trafficking “victim.” Rarely are they imagined as the nanny walking our neighbor’s kids to the bus stop. Domestic labor trafficking, though it does not attract equal attention and funding, is often just as violent and cruel as sex trafficking. The elements of force, fraud, and coercion which define trafficking situations are often utilized in similar ways as sex trafficking.

Nannies, caretakers, and house cleaners are vulnerable to become exploited through domestic trafficking. Unlike larger trafficking schemes, the goal of domestic slavery is not to make more money; rather, when individuals do not want to pay someone to clean, cook, provide childcare, and/or care for their elderly parent, they enslave someone to do these tasks. The process of luring someone into a domestic trafficking situation reflect ways that domestic and sexual violence abusers manipulate their victims into complying with their demands. No person wakes up one day and decides to work for no pay; domestic workers are coerced into situations which will engender their exploitation. Many targets for this crime are foreigners looking for a better life. Survivors of labor trafficking often report that they were falsely promised generous wages and an American education; some are even granted visas believing that they will work for a diplomat. If they have documents, traffickers will strip away those papers and threaten them with deportation if they try to run away or tell anyone about what’s happening. Domestic trafficking victims are typically isolated from others; unlike the large-scale industries of sex trafficking and other labor exploitation, these workers are typically confined in settings like a single family’s home. Perpetrators of violence, from sexual assault to labor trafficking, are well versed in manipulating people into dangerous situations and making them feel like they have no resources to turn to.

So, why is The Center concerned about labor trafficking? Traffickers use a variety of methods to traumatize workers while keeping them dependent. Many of the tactics utilized to wear down someone into an exploitative circumstance include interpersonal violence. Sexual violence utilizes intimacy to establish power over another person, and can effectively humiliate a person and shame them into staying silent, especially when their traffickers insist that no one will believe their story.  Sexual assault and sexual harassment are some of the most common factors found in domestic trafficking cases. Additionally, trauma bonding can happen in human trafficking situations; the trafficker may lace their abuse with affection and attention to confuse the victim into believing that the trafficker really cares for them. Or, those who are trapped working for families with children or elderly people – the workers become attached to members of the family or are worried that the vulnerable kids or adults might be abused if the worker can no longer protect them. With interpersonal violence so often and effectively used to control trafficking victims, those who care about sexual violence need to pay attention to all forms of human trafficking.

So, what do we do about this problem? Many of our services are available to domestic trafficking survivors who have experienced sexual violence. Our incredible, compassionate therapists can try to help the survivor adjust into a life where they feel in control of their body. Our steadfast advocates can stand beside them in court if the person decides to press charges against their trafficker. Our knowledgeable crisis line staff can connect them with needed services. Outside of The Center, there are a few ways we can all be engaged in helping those afflicted by this tragedy. Learn from survivors’ stories. Research the awful reality of contemporary slavery (and start by checking out this book). Keep an eye out for any signs of human trafficking – and call the hotline to speak with a professional about how you can help. All forms of human trafficking force or coerce someone to work without pay. Just like how not all sex workers are being trafficked, not every person who cleans someone’s home is doing so consensually. Therefore, working to uplift the rights of workers is instrumental across the spectrum of trafficking, and legislation can provide domestic workers the same federal protections as those in other fields. Only by being more cognizant of our surroundings and educating ourselves about this problem can we work together to help survivors.