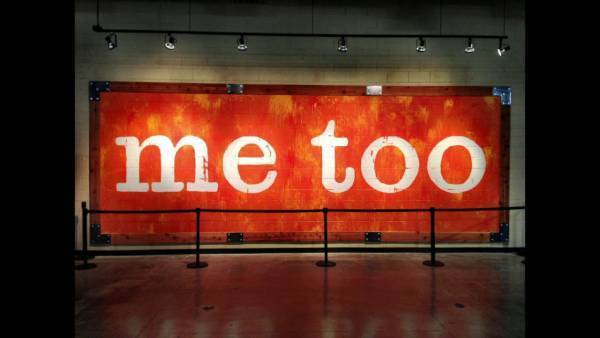 If you’ve peeked at your social media feeds the past couple days, you’ll notice the flood of women who are saying “Me Too”. I wish we could all be a stranger to sexual assault. I wish that I wasn’t taught to guard my drink or carry my car keys as daggers. I wish that I didn’t need to learn to protect myself from being a victim of sexual assault. I want to be surprised by someone saying, “Not Me”. We know that sexual assault is an issue, we can talk about rape culture fluently.

When a survivor comes forward, we talk about how they dressed. We talk about how much they had to drink. We debate how many people they’ve slept with, and who. There isn’t the shift of gaze towards the perpetrator. We’ve boycotted the NFL for taking a knee for racial injustice, but we will and do buy the jersey of a quarterback that was accused of sexual assault four times. There are little consequences for perpetrators, in the courts or in the community. 98% of perpetrators will never see a single day in jail. We normalize violence in relationships, telling little girls that when a boy is mean to you, he must like-like you. We are far beyond “boys will be boys”, we are wading neck deep in rape culture.

68% of sexual assaults aren’t reported. The massive amounts of blame and shame survivors are conditioned to feel keeps secrets like this buried deep. Sexual Assault is one of the only crimes where a victim has to prove the crime. Providing a safe space for a survivor to feel support is vital for a community.

I’ve advocated for sexual assault survivors for years. The survivors I’ve met are some of the most resilient, powerful forces I have the privilege of witnessing. And while there is solidarity and a heightened sense of awareness with “Me Too”, we must remember that no one has to share these experiences.  We aren’t owed anyone’s story and when a survivor chooses to share, we must honor and believe them. We can’t demand more come forward; there’s no need to out them to an audience. This is their song to sing, when and if they are ready.

In the spirit of “Me Too”, we should align our voices to start a revolution.  We can change our communities to prevent sexual violence from occurring. Let’s unite, start conversation.

Survivors, you are fierce. You are powerful. You are valued. You are a force. If you’re ever ready to talk, The Center is here 24/7, every day of the year. You can remain anonymous. We are here to listen.