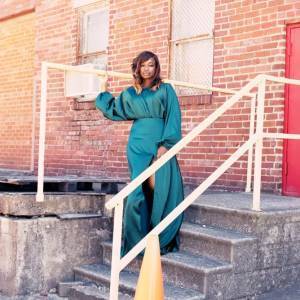 For years, Amber put romantic relationships on the backburner while she devoted herself completely to raising her son and accomplishing a number of personal and career goals. In 2015, by the time she met the man who would become her abuser, Amber had earned a college degree, realized her dream of becoming a police officer, and purchased a home.

“My son was at both graduations, and he was there when I bought the house with a big backyard for him to play soccer,” Amber said. “I’ve always wanted to make these things possible for him, and for him to know that you can obtain anything you want in life.”

A few months into dating, the man became upset about minor things, such as the time she couldn’t go to the movies because of a migraine. He also questioned repeatedly whether she was dating anyone else but wasn’t truthful about his own relationships and made it seem like there was nothing for her to be upset about.

After an argument six months into their relationship, he tore through her house, turning over furniture and pulling items out of closets and off shelves. It was the first time he laid hands on her, causing a cut to her lip and bruising on her arm. It was only the beginning.

“Once you forgive them that first time, that’s your first mistake,” Amber said. “I kept thinking he might change one day for me, that he’d know I was a good person and stop what he was doing. But they don’t change and won’t ever change – not for you or anyone else.”

The physical and sexual abuse—including being dragged by her hair, hit with a belt, choked to the point of blacking out, stripped and pushed into a cold shower, and forced to perform oral sex—were relentless through the first three years they dated.

“Sometimes I feel like the only reason I’m still alive is because he would have lost his business if anyone knew what he’d done to me,” Amber said. “He cares more about the business than anything in the world and worries about his reputation.”

When Amber became pregnant with their son—her second—in 2018, he forced her into the bedroom and sat on top of her, telling her she needed to get an abortion. Later in her pregnancy, he blocked her from driving to the hospital when she needed to seek care to stop preterm labor. And the night of her baby shower, at eight months pregnant, he hit her in a public place and witnesses filed a police report.

“My gynecologist didn’t like him and said he sucked the energy out of my life,” Amber said. “He told me, ‘You are not the person I’ve known you to be since you were 16,’ and he made sure I got connected with therapy.”

After their son was born, Amber’s perpetrator moved into her home. When his family came to visit from out of state, she noticed similar control issues in his father. She began seeing a therapist for postpartum depression and struggled to sleep while balancing a newborn with her older son’s school, soccer, and tutoring schedules. Ultimately, she was off work for 15 months.

“My therapist told me, ‘You will never heal with him in your life,’” said Amber. “But even when I wanted to leave, he told me I was better off staying with him, that I couldn’t make it without him financially, that I didn’t have the money to challenge him in court – basically, that I had no power and could do nothing without him.”

Amber’s breaking point was in the spring of 2020 after her abuser hadn’t arrived home by midnight. When she called him, he asked if she’d just noticed he wasn’t home and why she’d waited so long to call. When he came home, she told him to leave.

“At that moment, I was tired and I was done. He was draining me more and more every day, and I had nothing left to give – no more fight or energy for that relationship,” Amber said. “Plus, my older son can never unsee what I went through, and my kids deserve better from their mother.”

That night, as he tried to provoke her toward an argument, he took her phone and left the house. Her older son called Amber’s mom, and when several of her family members arrived at her home to assist, they learned for the first time the extent of what Amber had experienced in silence. For more than two years following that night, her perpetrator continued to abuse her financially through an extended court battle for custody. Today, with new confidence to speak out and a solid support network around her, she is focused on building a brighter future for her family. Her older son is thriving as a soccer player for a local Catholic high school while her three-year-old son receives excellent care for severe autism at a local therapeutic school.

“When he and I were together, I felt like I was living a double life being a police officer. I wondered how I’d let this happen to me,” said Amber. “But I know it’s not my fault. Abusers have insecurities and try to bring people with them. I didn’t ask for that life, and I’ll never go through that again.”