When you see the signs of Teen Dating Violence, how are you #PreventinIt?

This is the question PACT in Action (a teen dating violence prevention program*) asked teens and community members during this February’s Teen Dating Violence Awareness Month (TDVAM). Many teens already know the signs of dating violence and they’re looking for help learning to step up and act when they see a peer being mistreated. Because of this, PACT spent February moving beyond awareness, and into action, by allowing youth to create the messaging for a visual campaign focused on bystander intervention, and by hosting a community event that focused on important dialogue around healthy relationships.

One group’s “red dot” was “He told her she is worthless and that she can’t find better”, something many of the students have heard their peers say to their partners. The new sentence reads “I told her she is amazing, and that she can find better”, an action that students felt they could take when they witness that scenario to change the narrative of violence. The resounding theme was one that “No one can do everything, but everyone can do something”. The teen’s messages were then turned into official posters and social media graphics, printed, and handed out at their school during lunch the day after the training. The posters are now featured around the school and will stay up for the rest of the school year; serving as a visual reminder of the student’s commitment to preventing violence, and as a conversation starter to help them to continue to talk about the role we all play in #PreventinIt. 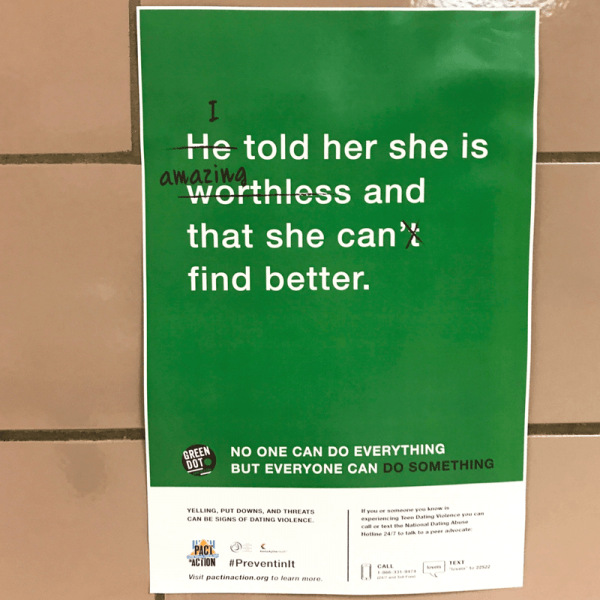 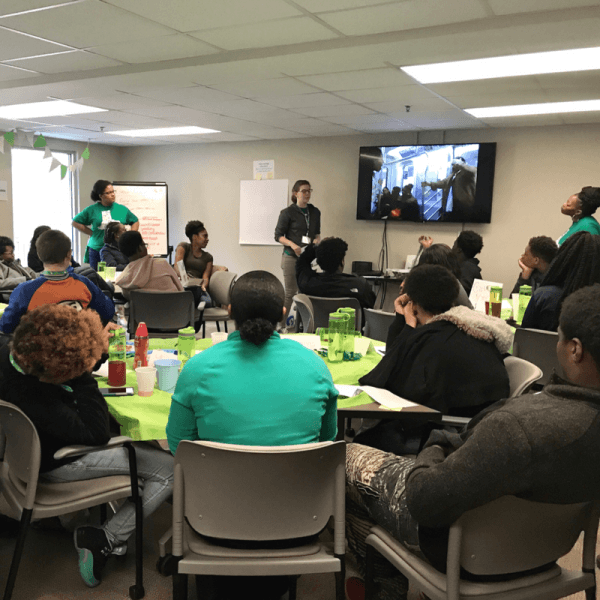 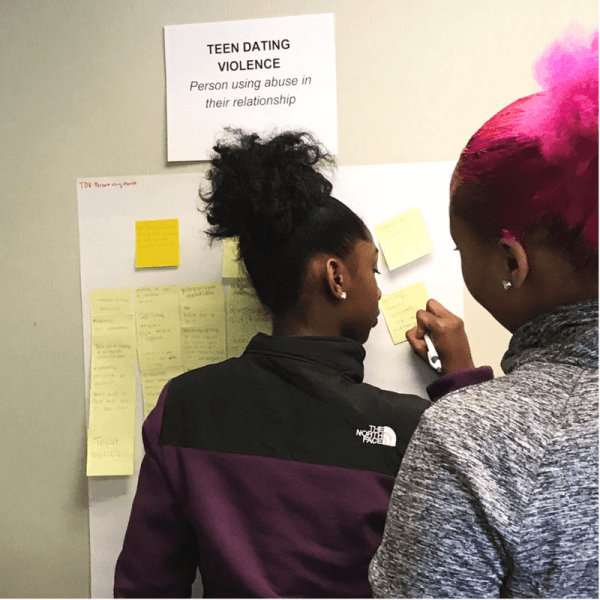 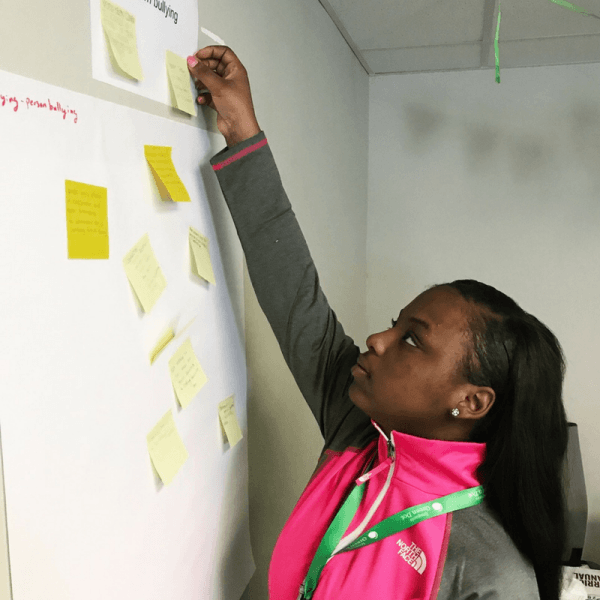 To continue the dialogue around Teen Dating Violence and taking action, PACT in Action partnered with Iroquois High School on February 15th to host a free family dinner night featuring a panel discussion on healthy relationships. The goal was to lead important conversation around signs of healthy and unhealthy relationships, and actively connect students to both school and community resources around teen dating violence. Over 60 attended, and the panel featured great discussion on topics such as “How do media, television and/or music influence people’s confidence, self-esteem and/or relationships?” and “What do healthy boundaries actually look like?”. These topics created relevant discussions around teen dating violence because we know that dating violence isn’t just physical – teens experience emotional, sexual and financial abuse just like adults do, and teens are increasingly impacted by various forms of digital abuse. 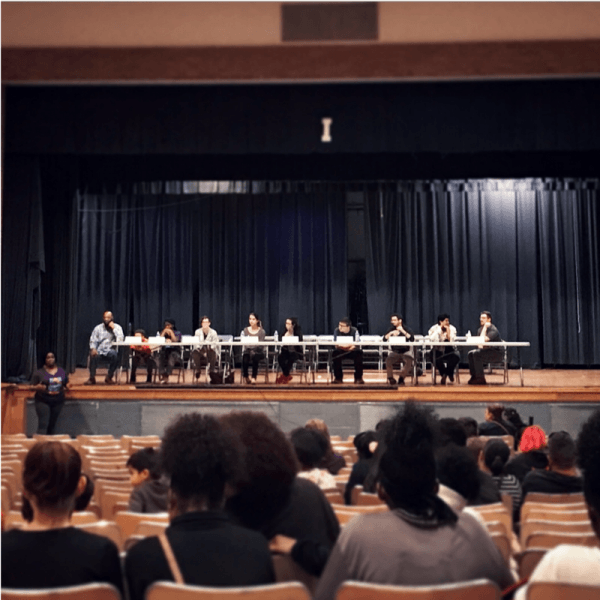 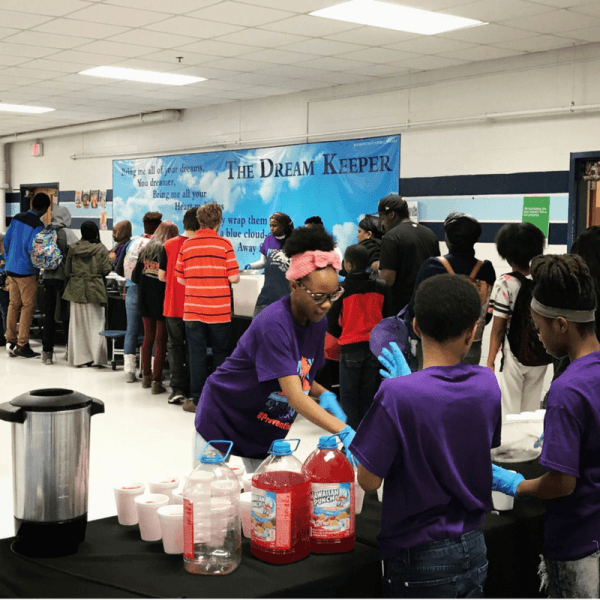 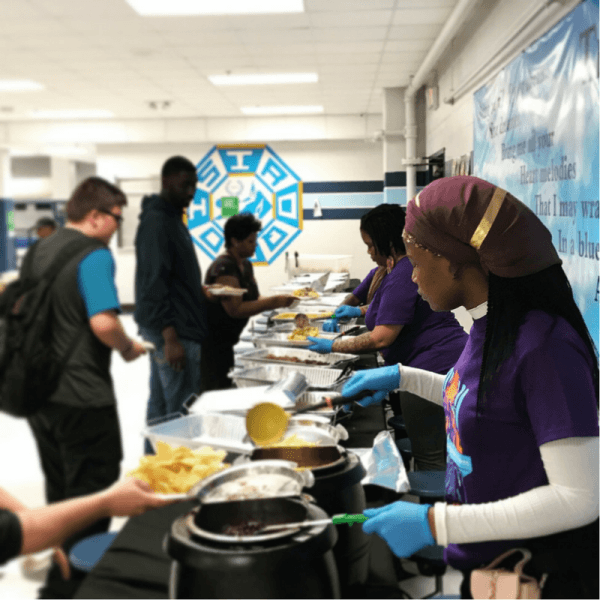 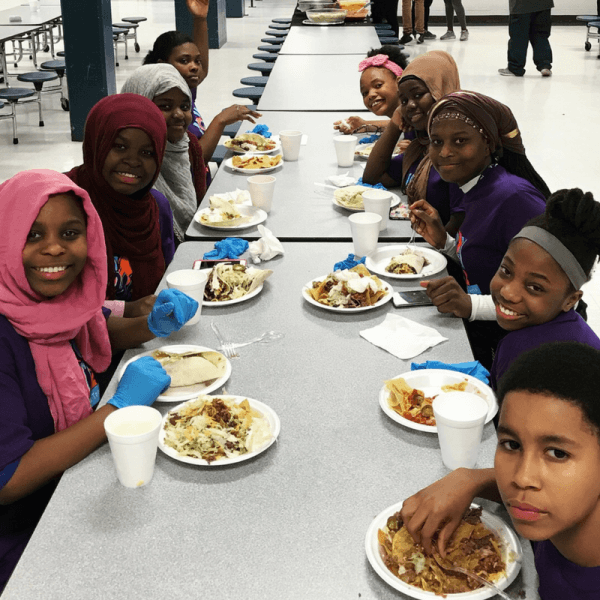 PACT in Action sees this month’s efforts as just the beginning of a community campaign, focused on youth voices, that transcends TDVAM and continues dialogue on how youth and adults can take action to prevent violence in their community.

*About PACT in Action

PACT in Action (Parkhill, Algonquin and California Teens in Action) is a teen dating violence prevention initiative of The Center for Women and Families and KentuckyOne Health focused on the Parkhill, Algonquin and California neighborhoods (Louisville’s 40210 zip code). For more information please visit www.PACTinAction.org, or find PACT on Facebook and Twitter @PACTinAction.